The smartphone industry has been seeing a lot of players launching a new device and its various versions every now and then. Out of all the available smartphones in the industry, Samsung Galaxy S4 is the most sought after Android phones, while Nokia Lumia 925 has made its mark as a Windows Phone.

Many would be surprised to know why is there a comparison made between the two phones at the first place, isn’t it? But for all those people who are confused about which one to choose amongst these 2 devices if they need to buy a phone, then here all the important factors will be noted that will help them take a decision. 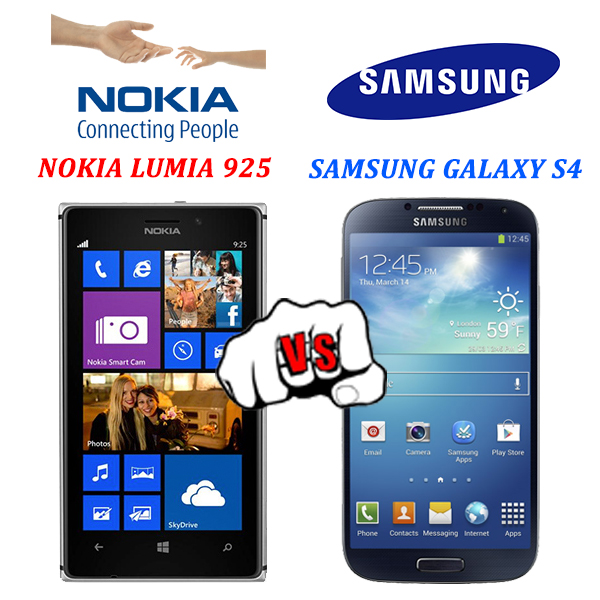 Samsung Galaxy S4 comes in two categories based on the location: one of this is available with 1.9GHz Qualcomm Snapdragon 600 quad core processor, while the second one runs on a 1.6GHz Exynos Octa – core processor. It has a good memory space of 2GB of RAM and internal memory of sixteen, thirty – two, or sixty – four GBs which can be easily expanded with a microSD card. It has a grand display of 5 inch Super AMOLED, 441 PPI and a resolution of 1920 X 1080. There is a removable 2600 mAh battery along with a 1.3 MP camera on the front and a grand 13 MP camera on the rear.

Now coming back to Nokia Lumia 925, this smartphone runs on a 1.5GHz Qualcomm Snapgragon dual core processor which is same as one of the categories of Samsung Galaxy S4. This device comes with 1GB RAM and internal memory of sixteen gigabytes which cannot be expanded. This phone is also available with 32 GB memory with Vodafone connection in the UK. It has a camera with PureView Technology of eight megapixel rear camera and a front – facing camera of 1.3 Megapixel.